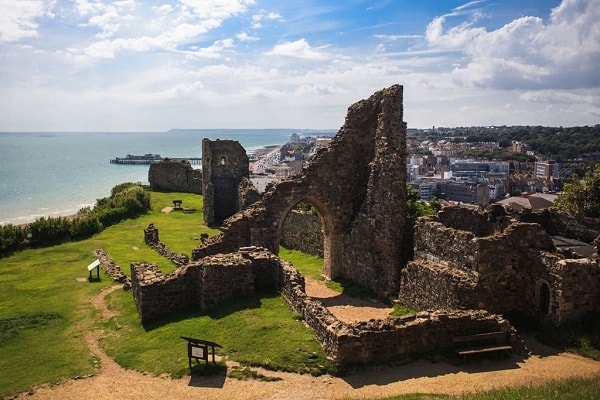 Hastings Castle is a huge part of England’s history as it was the first Norman motte and bailey castle to be built here.

When William of Normandy, known as William the Conqueror, landed in England in 1066, he ordered Hastings Castle to be built.

Later that year, William went on to defeat King Harold II at the Battle of Hastings at a site close to the town of Battle.

The Castle has had a turbulent past – when King Henry VIII declared himself the head of the Church of England he commissioned the Castle’s church to be destroyed leaving the site in ruins.

By the 1800s the Castle was buried in undergrowth and rubble but was finally revived as a Victorian tourist attraction as Hastings’ popularity as a holiday destination boomed.

Later, during World War II, Hastings was heavily bombed and so an anti-aircraft gun was placed outside the Castle’s East Wall for protection.

In 1951 the Castle was purchased by the Hastings Corporation for £3,000. Queen Elizabeth, who was Princess at the time, received the deeds which were then passed to the Mayor of Hastings. Work was carried out to make the Castle safe.

Now, the Castle remains a popular tourist attraction, with people from all over the world enjoying learning all about its colourful past.